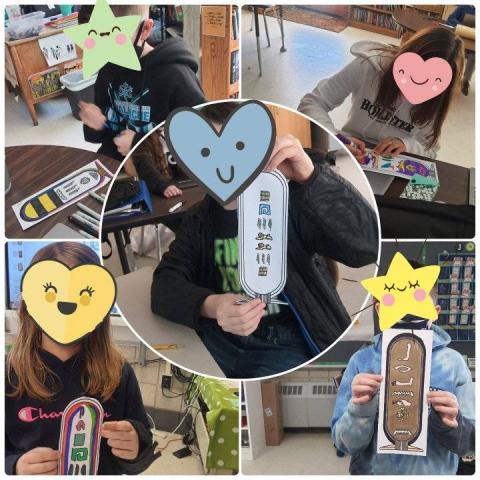 Students from Ashford School created their own Egyptian/American wax museum exhibits after they participated in a field trip to the Wadsworth Atheneum to see Egyptian art and the Connecticut Science Center to view the Mummies of the World exhibit. They took on the roles of historical figures from Egypt and the U.S. and spoke using Arabic words and phrases that were taught throughout the year. As part of the Wax Museum project, students not only chose a historical figure, but also conducted research, wrote a biographical report, and created posters and poems about their chosen person. Finally, on the wax museum day, students dressed up as wax depictions of their figures and spoke when people pushed a “button” located on their bodies! This project integrated social studies, Arabic, visual art, and language arts, and represented many students' first exposure to public speaking in Arabic.