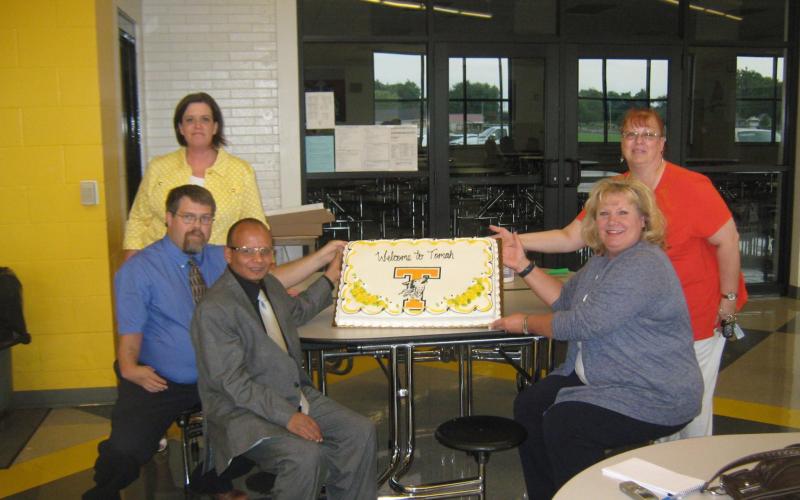 Tomah High School in Wisconsin has helped TCLP teacher, Mohamed Fawzy Ali to feel that he is a cherished member of the school and community

by arranging a meeting with the local mayor and by attending valuable district trainings. Tomah School District Superintendent Cindy Zahrte was quoted in News8000 (“Tomah School District welcomes teacher from Egypt”, August 11, 2014) as saying, “If we’re going to have the peace in this world that we often talk about, it takes these types of exchanges for people to get to know others from different cultures, so that we can understand we’re much more alike than we are different.” Tomah High School applied for a TCLP teacher this year because they believe in mutual understanding and giving their students an advantage in a world that is becoming more and more connected. Mohamed Ali has conducted numerous outreach events to help his community learn more about Egypt and the Arabic language. Most recently he did a presentation for the International Club at Tomah High School. In the last few months he did presentations at the Lions Club, Rotary Club, the American Association for University Women and in a Geography class at Tomah. Anyone who has met Mohamed can tell that he enjoys learning more about the United States. He keeps a notebook in his pocket to add American idioms to learn American English, and asks anyone at school about the meaning of a word or expression if it is not clear to him. Michael, his mentor, also lends him books and novels to read in his free time to help him learn more about American culture and American English. He has also had the opportunity to go kayaking and attend an American high school football game, which he fully enjoyed.