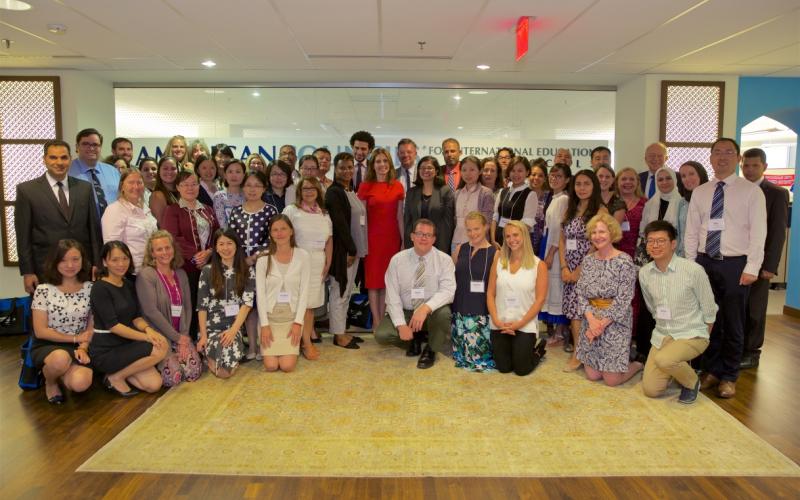 The 2016-17 academic year marked a decade of the Teachers of Critical Languages Program.

The 2016-17 academic year marked a decade of the Teachers of Critical Languages Program. Since 2006, the program has sent 236 exchange teachers to 155 U.S. host schools in 38 states and the District of Columbia. For 2016-17, American Councils placed 24 exchange teachers from Egypt and China across the United States.

Throughout the academic year, TCLP celebrated with special events such as lesson plan contests, a video campaign with reflections from alumni, and a #TCLP10 photo campaign on Twitter and Facebook.

About the Teachers of Critical Languages Program
The Teachers of Critical Languages Program (TCLP), a program of the Bureau of Educational and Cultural Affairs of the U.S. Department of State, is designed to increase the study and acquisition of important world languages in U.S. schools. This program enables U.S. elementary and secondary schools to start or strengthen a Mandarin or Arabic language program.

The program brings Chinese and Egyptian teachers to the U.S. to teach Mandarin and Modern Standard Arabic and share their culture for an academic year. The exchange teachers receive on-going methodological observation and training opportunities, live and work in an immersive English environment, and receive a certificate of participation following their exchange.