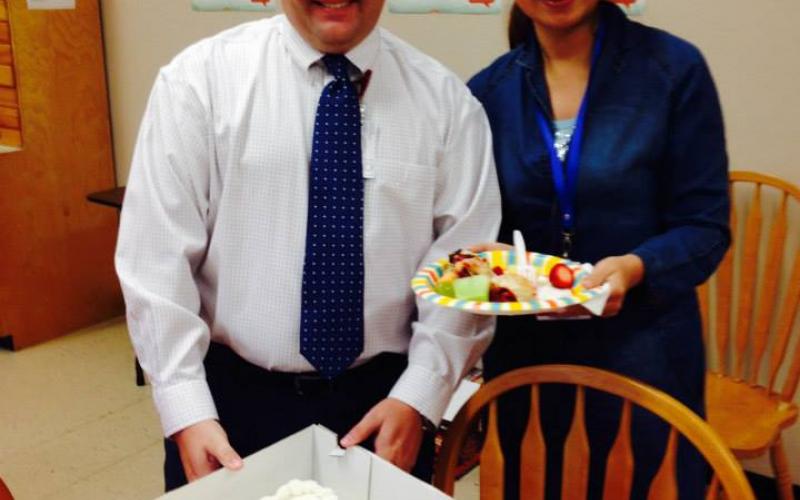 Kolter Elementary School in Houston, Texas is enjoying their year with the Teachers of Critical Languages Program.

The principal, Steven Shetzer said "This is a great opportunity for [the Kolter] family to learn more about the Chinese culture and for Ms. Qu to learn more about the American culture." Qu Bingbing hails from Heilongjiang province, the most Northeastern province of China that borders Russia. She enjoys sharing her culture with the school especially during the International Festival of Kolter where she helped run the Chinese language table. At the table, she shared dumplings and snacks and helped conduct activities for students and parents such as paper cutting, paper folding, and writing Chinese names with a traditional brush pen on Chinese bookmarks. She has also shared her culture by doing presentations and activities with various community groups such as the Kolter Bellaire Young Mothers’ School Forum, a local Girl Scout troop, and at the SW Houston School Expo. Qu Bingbing enjoys life at Kolter, where she says “people always greet you with a big smile.” Recent highlights outside of school for Qu Bingbing include making s’mores for the first time and trying out the Public Library System in Houston.