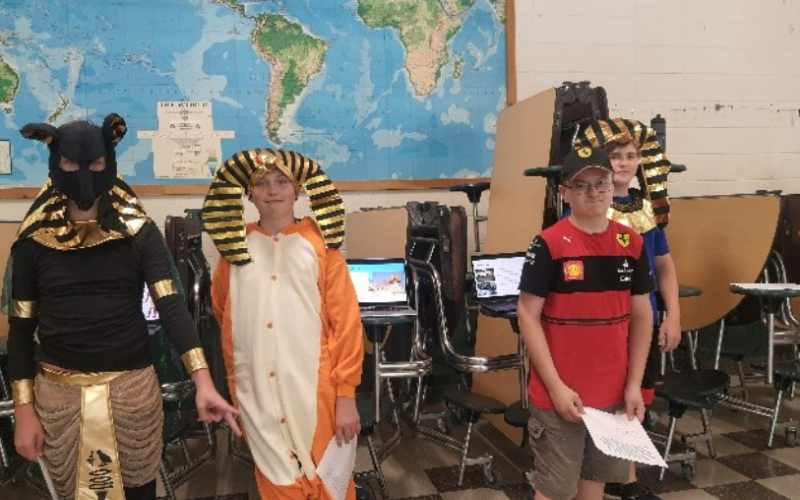 With the support of a Critical Language Project (CLP) grant for Round 22, two teachers completed their CLP projects at the end of the 2021-2022 academic year.

The CLP projects helped the two schools and host communities build support for teaching Mandarin and Arabic. The teachers applied for and won these grants in November and March 2022 and accomplished their projects while they were hosted in their U.S. communities. 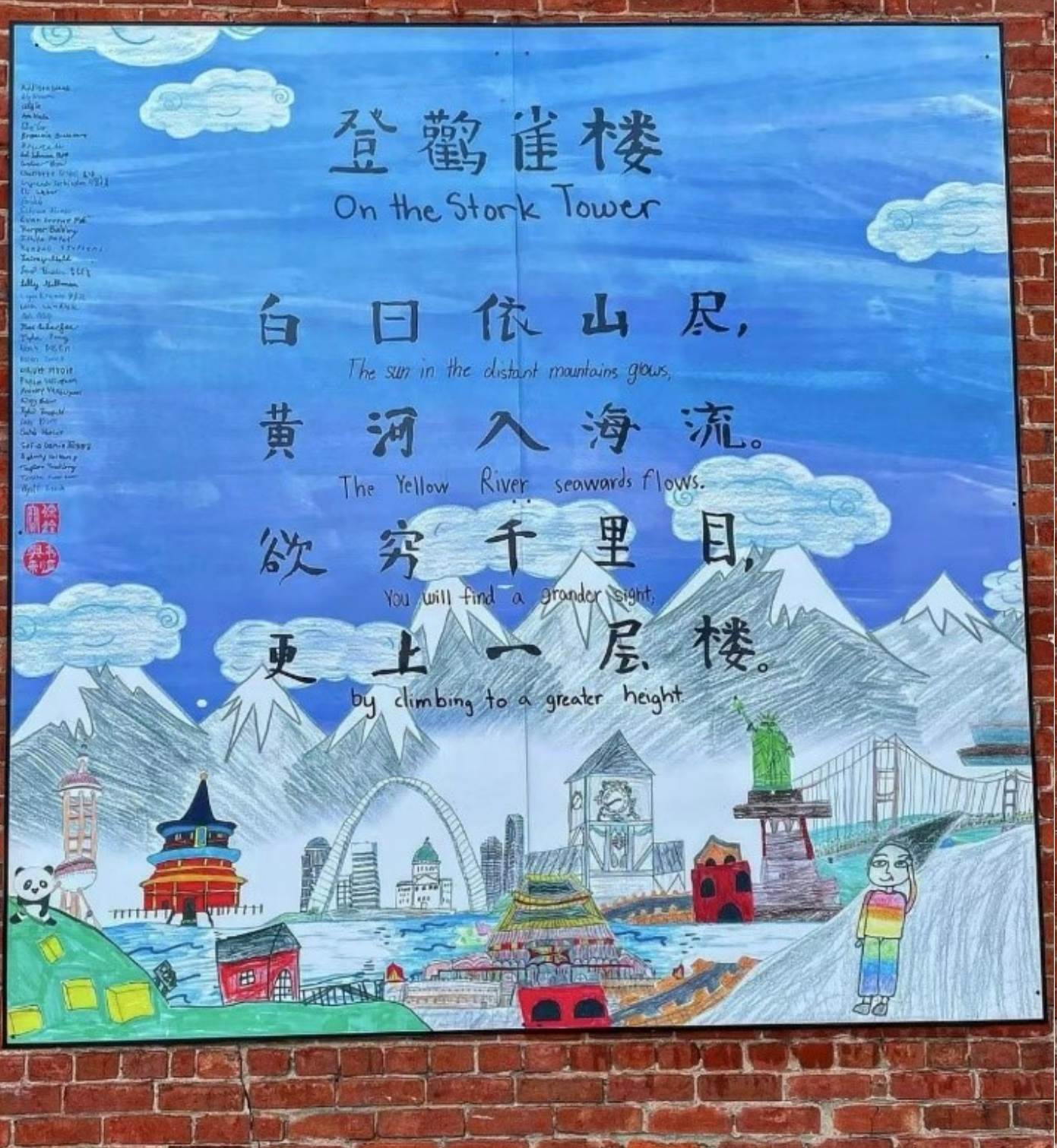 Above: The Mandarin calligraphy mural of the traditional Mandarin "On the Stork Tower" poem was created by Batesville students.

After their research, Ms. Elgammal's students wrote speeches that they imagined their Egyptian historical figures would make if they returned to life. The students then demonstrated their knowledge of their researched historical figures by performing their speeches at a wax museum-style event organized at the school. On June 14, the students dressed up in costumes to portray their chosen Egyptian historical figures and presented the speeches they wrote whenever an event attendee pushed a button connected to each student. The introductory part of their speeches were written and presented in Modern Standard Arabic, and the other components, such as the comparison between the Egyptian and American historical figures, in English. Parents, other students from Ashford School, and members of the school community attended the wax museum event. An estimated 90 people participated in the event.

Ms. Elgammal's plans include collaborating with the TCLP Arabic teacher at Ashford School this academic year to conduct another wax museum event at Ashford School. In addition, Ms. Elgammal would concurrently organize and lead a similar wax museum at her home school in Egypt, focusing on American historical figures. Finally, she hopes that students from both Ashford School and her home school will be able to help each other with their research projects and presentations. 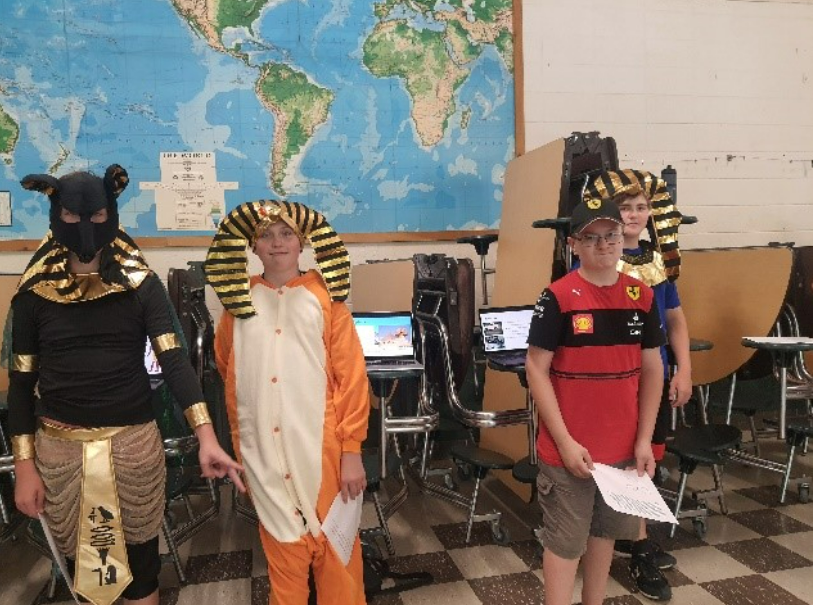 Above: Ms. Elgammal’s students in costumes for their Egyptian wax museum event.