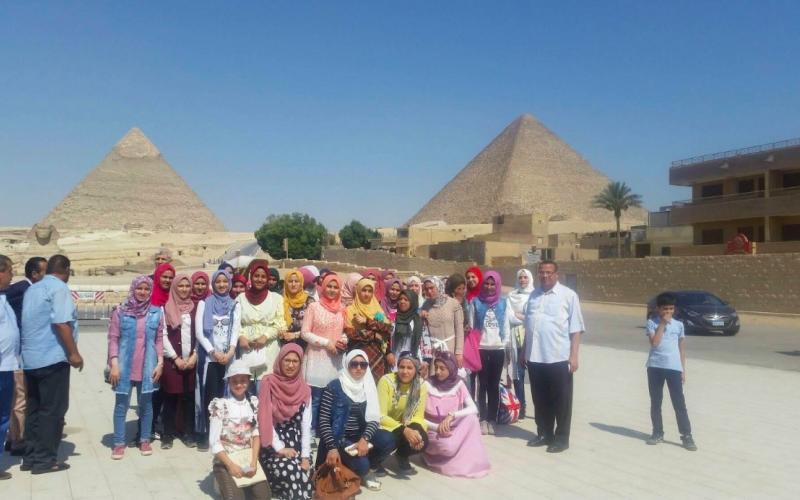 Much like day one, day two of the roundtable called on cohort leaders to share their own personal stories, as well as those of their cohorts, to illustrate how TCLP has impacted their lives and careers. Day two highlighted the experiences of Arabic participants but was nonetheless attended by several Chinese cohort leaders.

TCLP staff facilitated the roundtable by asking cohort leaders to share highlights related to the program’s goals. First, cohort leaders spoke about how alumni have implemented peer-trainings on student centered-teaching methodologies. Nearly all the Arabic cohort leaders in attendance provided examples of TCLP alumni who have facilitated teacher training seminars and workshops for other educators in their home country. For instance, Anas El Nahriry (2017-2018) has lead a series of trainings for kindergarten teachers in Tanta and Cairo. Similarly, Mohamed El-Dwiny (2011-2012, 2016-2017) has led trainings for language teachers in his governorate on Teaching Proficiency through Reading and Storytelling (TPRS). The first group of Moroccan TCLP alumni was also represented by Abdellah El Mouden (2017-2018), who spoke about the presentations he has given to other educators in Casablanca on student-centered teaching and classroom management strategies.

Similar to the Chinese Cohort Leaders Roundtable, the Arabic Cohort leaders discussed sister school partnerships or virtual/in-person exchanges that they or their fellow alumni have begun since returning home. Again, several cohort leaders shared how TCLP helped them build connections with schools abroad. Ezzat Hassan (2015-2016) explained how he stayed in touch with his host school in the U.S., Mentor High School in Mentor, Ohio, by facilitating a series of virtual classroom exchanges in collaboration with Ms. Barbara Bonnes, the Director of Curriculum at Mr. Hassan's host school district. During each virtual exchange, Mr. Hassan's students and their peers in the U.S. discussed the similarities and differences between life in America and life in Egypt. The project culminated in Mr. Hassan, in cooperation with fellow alumnus Tamer Elsharkawy, leading the students on a field-trip to see the Pyramids and other sites of historical importance in Cairo (see photo above). The students then reported back to their peers at Mentor High School on what they learned. This highlight also illuminated another theme included in many alumni highlights, alumni cooperation within their home countries.

The roundtable ended with cohort leaders suggesting ways that they can continue to build connections within and between cohorts. Many cited that the information provided in the Alumni Regional Connect Network sent out each summer is helpful for connecting with local alumni. Others also mentioned that using virtual meeting spaces for idea sharing and collaboration has been helpful. All participants agreed that this meeting was helpful and were optimistic that more collaboration will be sparked because of the roundtable.