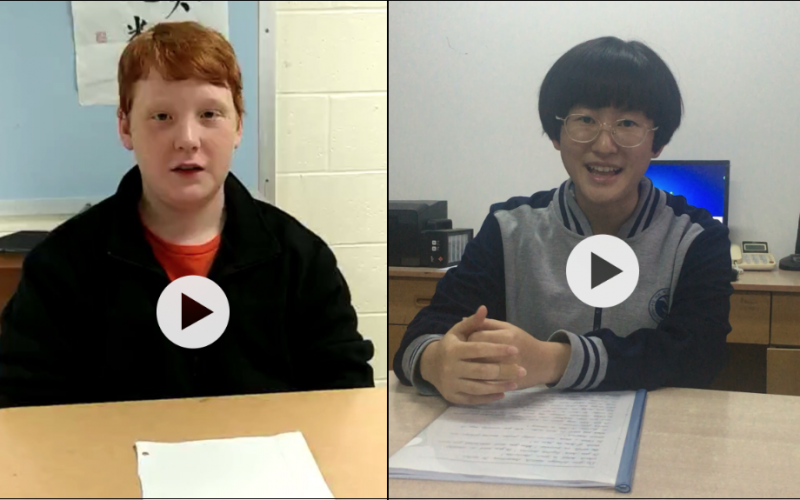 In an increasingly interconnected world, it is valuable for students to not only learn critical languages skills but also benefit from cross-cultural communication with peers from around the world. Students in classrooms across the US have connected with their counterparts from China, Egypt, and Morocco through projects organized by current TCLP teachers and alumni. By practicing their critical language skills across borders and building mutual understanding between schools, students and teachers are supporting peaceful and friendly relations between the U.S. and the world.

After returning to China, TCLP alumnus Gu Wenming (2016-2017) remained in contact with his mentor teacher Debby Page, principal Dana DeJulius, the new TCLP mandarin teacher Li Chunping (2017-2018), and his American students at Captain Nathan Hale Middle School in Coventry, Connecticut. Gu Wenming and his students in China worked together with their peers in Connecticut to share information, experiences, pictures, happiness and more through email, Facebook, and WeChat. Last October, Debby, Chunping and Wenming cooperated to conduct a cultural project between the Chinese students and the American students.

Students at both schools were asked to create videos asking about the daily lives and interests of their international peers. They then created answer videos to send back.

Some of Wenming’s students suggested to him that they would like to connect with American pen pals, so Debby and Chunping helped find students at Nathan Hale that wanted to make new friends in China. Students were very excited to participate and hear from their pen pals throughout the year. Wenming also prepared a special video message that could be played at Nathan Hale, when they held their Chinese New Year celebrations. The school showed the recorded greeting to everyone on the morning announcements to students’ surprise. Throughout the year, Wenming would also chat live with all students from Grade 6 through Grade 8, as well as colleagues, during the school’s lunch time. Both schools and students were excited to be part of this exchange and thought it was very meaningful. 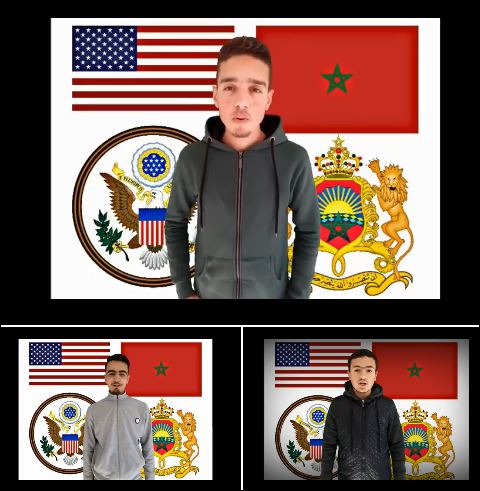 In St. Paul, Minnesota students at STEP Academy are also connecting with Chinese peers thanks to TCLP Teacher Ji Guanping (2017-2018). During the year, Guanping matched her students with pen pals in China, each month they get a new topic to share with each other. They shared pictures of what they do for fun and also cultural traditions in America and China. Later on, she organized a video call between her students in China and students in her host school. Despite a glitch or two setting up the video, students had a lot of fun communicating with each other from across the world. The online meeting was divided into 3 parts: students introduce themselves in the target language, then ask one question of their own design (US students ask in Chinese and students in China answer in English or Chinese), and then sharing the best part and biggest challenge they have at school. Two students even connected over watching the same Chinese TV show!

Ayman Belhiyad (2017-2018) linked his Arabic classes at Islands High School in Savannah, Georgia with his students back home in Morocco. Ayman created a project where his Moroccan students would make short videos presenting about themselves in Arabic for the U.S. students. In the videos students introduced themselves and talked about their hobbies, professions they are interested in, and included topics the U.S. students were studying, such as addresses, numbers, and age. Ayman showed these videos to his students at Islands and he asked them to prepare similar videos to exchange.

Ayman, Wenming, Chunping, and Guanping are all looking forward to continuing to stay in touch with their U.S. host schools and communities through web conferencing. As global communication continues to increase, TCLP teachers and alumni throughout the world are incorporating new technology in their classrooms and helping U.S. students build cross-cultural communication skills beneficial to their future careers.